I tried to run a shell script and got this error:

I had a quick look and the first line was #!/bin/sh, the -o pipefail isn't valid across POSIX shells so I would expect that to fail. More specifically on modern Ubuntu /bin/sh is dash which doesn't support these bash like constructions.

But /bin/sh is very different on different systems; on some it is bash, on others it's ash (from which dash is derived), and on others it's ksh or something else. The script probably worked on whatever system it was developed on because it had a different /bin/sh. This has been a problem since Ubuntu switched from bash to dash in 2006; a lot of scripts assumed they could use bash and worked fine, but suddenly stopped working. People tend to work with an implementation over a specification; if it runs on their machine it's right.

It's easy to fix by changing the shebang, for example to #/bin/bash, or the harder way is to make the script POSIX compliant. The excellent shellcheck will tell you what parts are not POSIX and makes it easier to chagne. 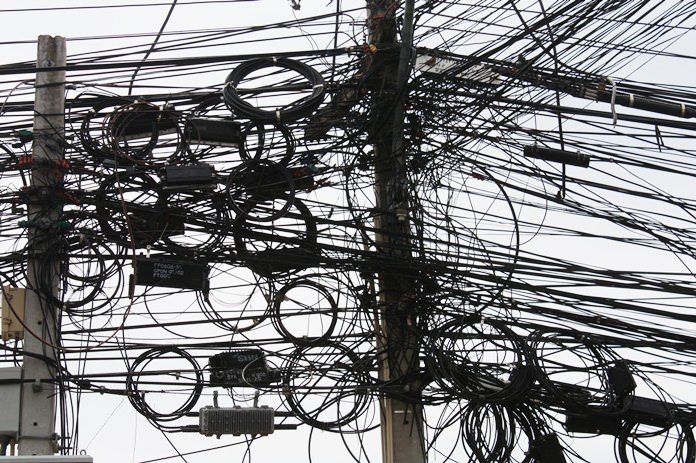 Remember after you run the update process to run the fix script on the production database. But run it twice because it only fixes some of the rows the first time. Oh, and don't use the old importer tool in the import directory, use the one in the scripts directory now. You already used the old one? It's ok, just manually alter the production database with this gnarly query. Ah right, I see the filler table it uses is corrupted, let's just copy it from a backup. 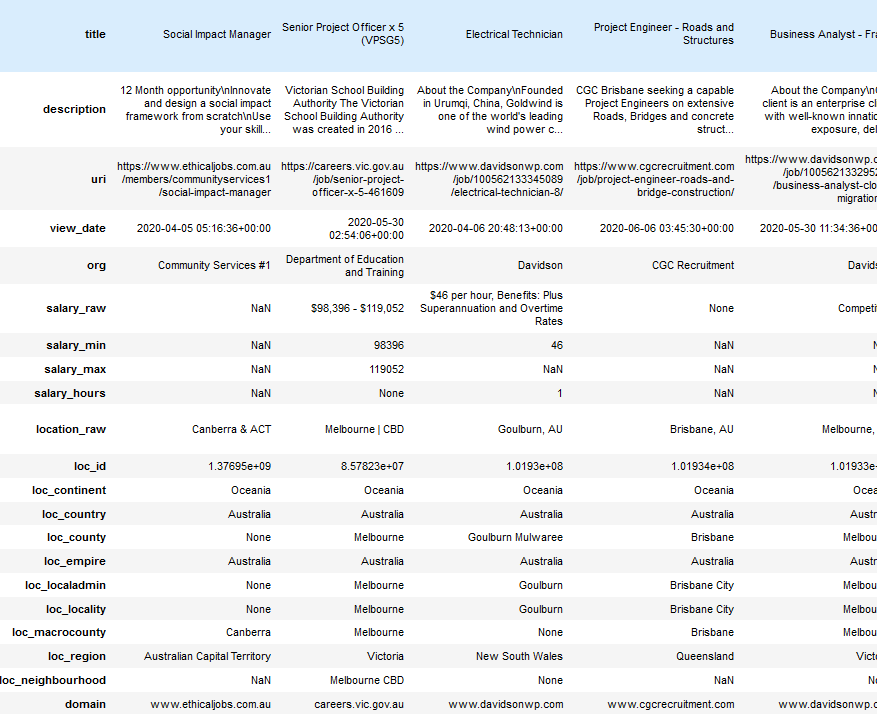 I've finally built a first iteration of a job extraction pipeline in my job-advert-analysis repository. There's nothing in there that I haven't written about, but it's simply doing the work to bring it all together. I'm really happy to have a full pipeline that extracts lots of interesting features to analyse, and is easy to extend. I've already talked about how to extract jobs from Common Crawl and the architecture for extracting the data.