When examining words in job titles I noticed that if was common to see titles written as "head of ..." or "director of ...". This is unusual because most role titles go from specific to general (e.g. finance director) to you look backwards from the role word. In the "A of B" format the role goes from specific to general and so you have to reverse the search order. One solution is to rewrite "director of finance" to "finance director".

Here's my first cut of an algorithm:

Note the negative lookahead onfor and word to stop getting too much, and similarly for word excluding punctuation.

I'm not sure the regex approach is the best long term, but it's a useful starting point. Iterating on this maybe me build a list of test cases, since a small change in the regular expression can make a big change in the output.

The easiest way to manage this is to build a suite of tests that check the result is as expected. 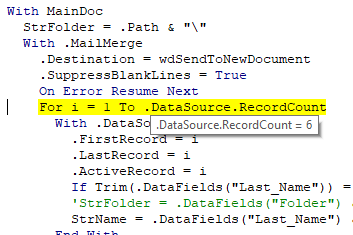 A friend needed to generate a hundred contracts and their HR information system wasn't working properly. I helped them implement a workaround solution by using mail merge to generate a PDF for every contract, which saved them a lot of time filling in the details of each contract. I couldn't automatically generate the PDF despite some efforts, but using mail merge was much quicker and more reliable than filling in all the contract details manually into the template. 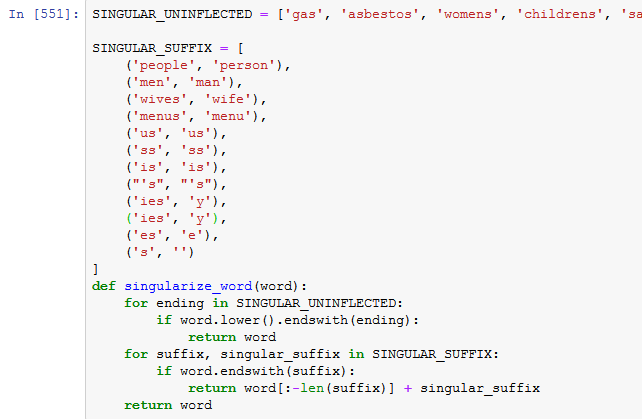