To a Euclidean geometer \(S^1\) means a circle – a maximal set of points equidistant from a given point. All circles are equivalent in the sense that they can be made equal by a translation and a scaling about the centre.

To a group theorist \(S^1\) would mean the one dimensional orthogonal group – the group of all transformations in the plane.

To a complex analyst \(S^1\) could mean either the set of points in \(\mathbb{C}\) with length 1 or it could be the group of linear transformations associated with multiplication by elements of this set. (These are quite different – in the set \(1\) has no special meaning but in the group it corresponds to the identity).

To a topologist \(S^1\) means anything homeomorphic to a Euclidean circle – so includes ellipses, polygons, simple closed curves,…

To a differential geometer \(S^1\) means anything diffeomorphic to a Euclidean circle, which doesn’t include “most” things a topologist means.

A set theorist wouldn’t call it \(S^1\) , but to her it would be any set with the same cardinality as the real numbers.

This is a major theme of category theory – it’s not only the objects that matter but also the maps that preserve them – whether it be affine transformations, orthogonal transformations, group homomorphisms, group homomorphisms, homeomorphisms, diffeomorphisms or bijections. So if you must write \(S^1\) to represent a structure at least make sure it is clear which category you are working in – i.e. which maps preserve the structure.

Consider mechanics or geometry, these are often represented as theories in \(\mathbb{R}^n\) , but really they don’t occur in a vector space at all! Look around you, a three-dimensional description of space probably seems reasonable, but where’s the origin? [Perhaps the centre of your eyes could be an origin, but someone else would disagree with you]. Classical mechanics, special relativity and geometry are much better described as an affine space – which is a vector space without an origin. 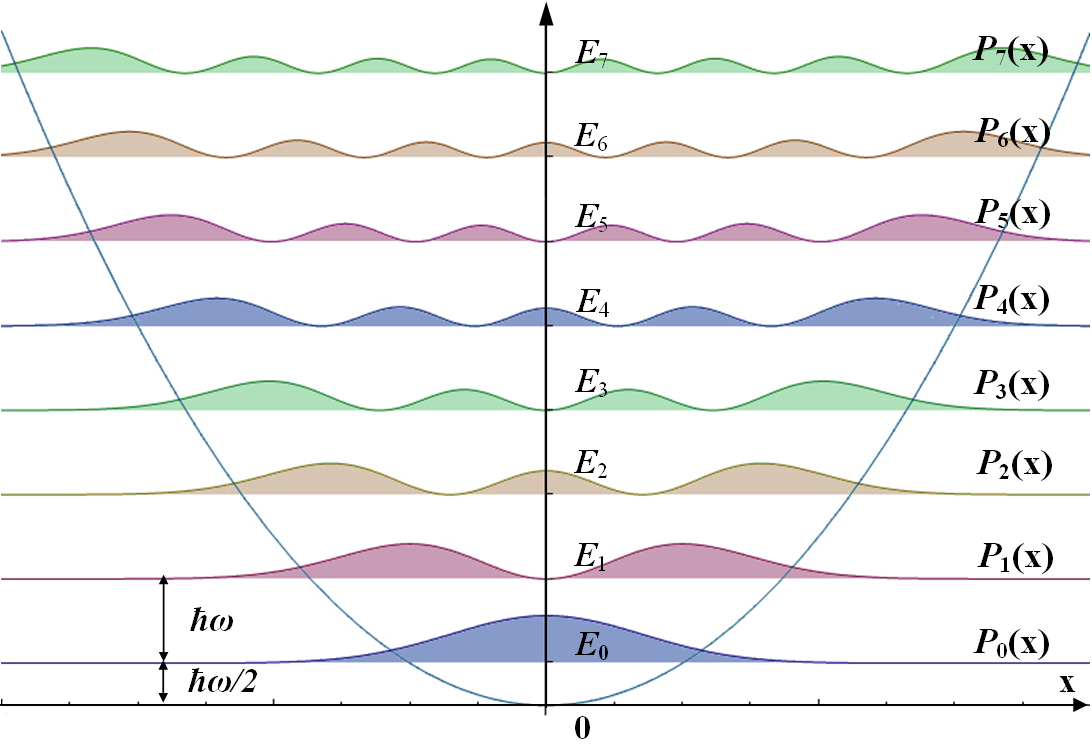 There is a deep relationship between being able to solve a differential equation and its symmetries. Much of the theory of second order linear differential equations is really the theory of infinite dimensional linear algebra. In particular Sturm-Liouville theory is the diagonalization of an infinite dimensional Hermitian operator. However there are deeper relationships, as Miller points out in “Lie theory and special functions”; the relationships between special functions such as Rodrigues’ formulae are related to the Lie algebra and symmetries of the system. Even better in some cases the solutions can be found almost entirely algebraically. Some examples from physics come from the Simple Harmonic Oscillator, the theory of Angular Momentum and the Kepler Problem (using the Laplace Runge Lenz vector). The rest of this article will be devoted to exploring a special case of these relations the Quantum Simple Harmonic Oscillator.