Property based testing lets you specify rules that a function being tested will satisfy over a wide range of inputs. This specifies how to thoroughly test a function without coming up with a detailed set of test cases.

For example instead of writing a specific test case like sort([1, 3, 2]) == [1, 2, 3], you could state that the input and output of sort should contain exactly the same elements for any valid input.

Writing simple, disjoint test cases that each test exactly one thing and cover most likely failure modes is difficult. Often there are simple properties that can succinctly replace a large number of tests. For example a banking application may have a complex implementation spread accross a codebase, and it's hard to test all the possible failure modes. However a simple property is that the amount in an account should balance against the deposits and withdrawals. This declarative property could be tested against a multitude of possible concurrent transactions to ensure the code is working correctly.

Some common types of properties include:

Properties are complementary to individually specified test cases. Cases can be clearer and make better documentation, and some functions don't have properties that are easy to check and cover everything you want to test. However when properties exist they can be used to test on automatically generated data more complex than you would write in a test case.

Once we've specified some properties we need some input data to test whether the function satisfies these properties. There are a few choices for test data:

Example of Property Based Testing

I recently needed to find the minimum number of padding elements I would need to add to a list to divide it into sublists of a pre-defined length.

To do this I wanted a helper function of signature in pseudo-python of:

By definition pad_divide must satisfy the properties:

In fact these properties uniquely define the function (we could inefficiently solve it by searching through all pad sizes). Writing these tests up front, and testing them on all numerators and denominators between 1 and 30 helped me get to the right solution more quickly.

For simple cases (like above) it's possible to implement property based testing by hand; but if you want to use it extensively (and do clever things like find the simplest failing case) there are libraries for many languages:

To understand more of how these are implemented the original papers for QuickCheck and SmallCheck are illuminating.

Dumb-jump is a fantastic emacs package for code navigation. It jumps to the definition of a function/class/variable by searching for regular expressions that look like a definition using ag, ripgrep or git-grep/grep. Because it is so simple it works in over 40 languages (including oddities like SQL, LaTeX and Bash) and is easy to extend. While it is slower and less accurate than ctags, for medium sized projects it's fast enough and requiring no setup makes it much more useful in practice. 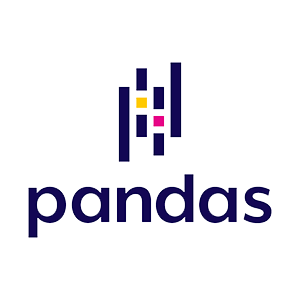