I've been looking at Open Library as a knowledge base for books. After extracting ASINs from Hacker News posts, I want to link them to Open Library records.

For books an ASIN is the same as its ISBN-10, which creates a linkage point with Open Library. From my previous Open Library Exploration about 20% of editions in Open Library has an ISBN-13, but not an ISBN-10 (and 64% have one of either). It's straight-forward to convert an ISBN-10 to an ISBN-13; just prepend "978" and change the final check digit. Here's how this can be done in Python (you can see the rest of the details in the notebook).

Trying to match each extracted ASIN with an Open Library record gives 94% matches; 20% with more than one match. Some of the missing records are in Open Library, just not under this ISBN (for example Physics for Entertainment isn't under 1610279034), and others are missing completely like Complexity Economics.

The duplicate matches and high coverage align with my earlier investigations with adding a book to Open Library and looking up books in Open Library with SQLite. The books are often imported from multiple places and easy to add multiple times. For duplicate records we would ideally have some methods for merging their information into a single record.

Now that I can get from a Hacker News post to an Open Library record the next step is to put it all together. A simple way to do this would be to create a HTML page for every work containing information from Open Library (such as the title and authors), along with all the related Hacker News comments. This would be enough to prove out the concept before doing additional work to link books described in other ways to Open Library. 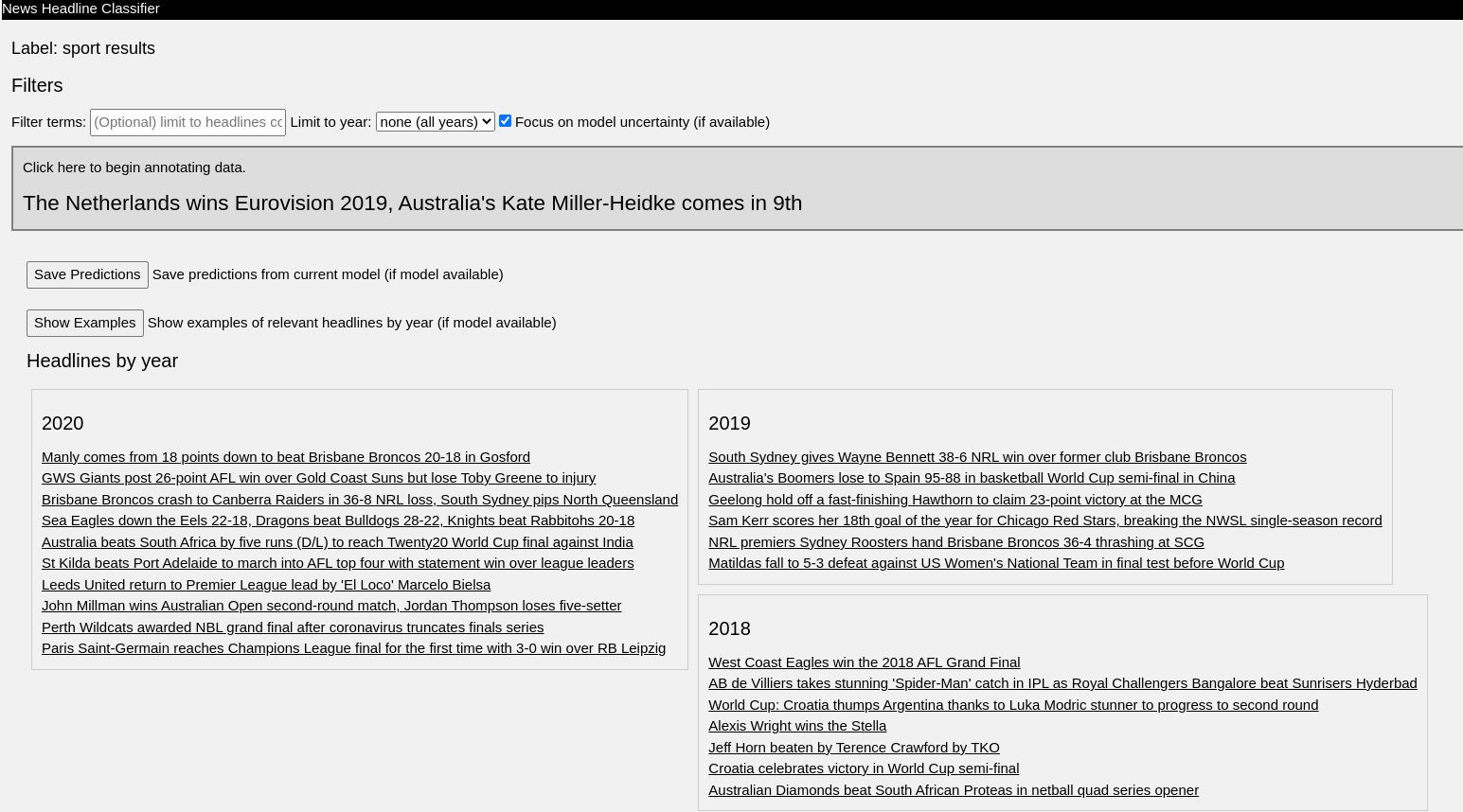 The book Human-in-the Loop Machine Learning by Randall Munro has a code example of annotating headlines for a data analyst. First you choose a topic name and then can annotate examples. For example I chose "sports results" intending to label headlines containing the result of a sport contest (and not other kinds, e.g. political contests). It wasn't totally obvious how to annotate examples at first; I had to click in the box with the example headline. 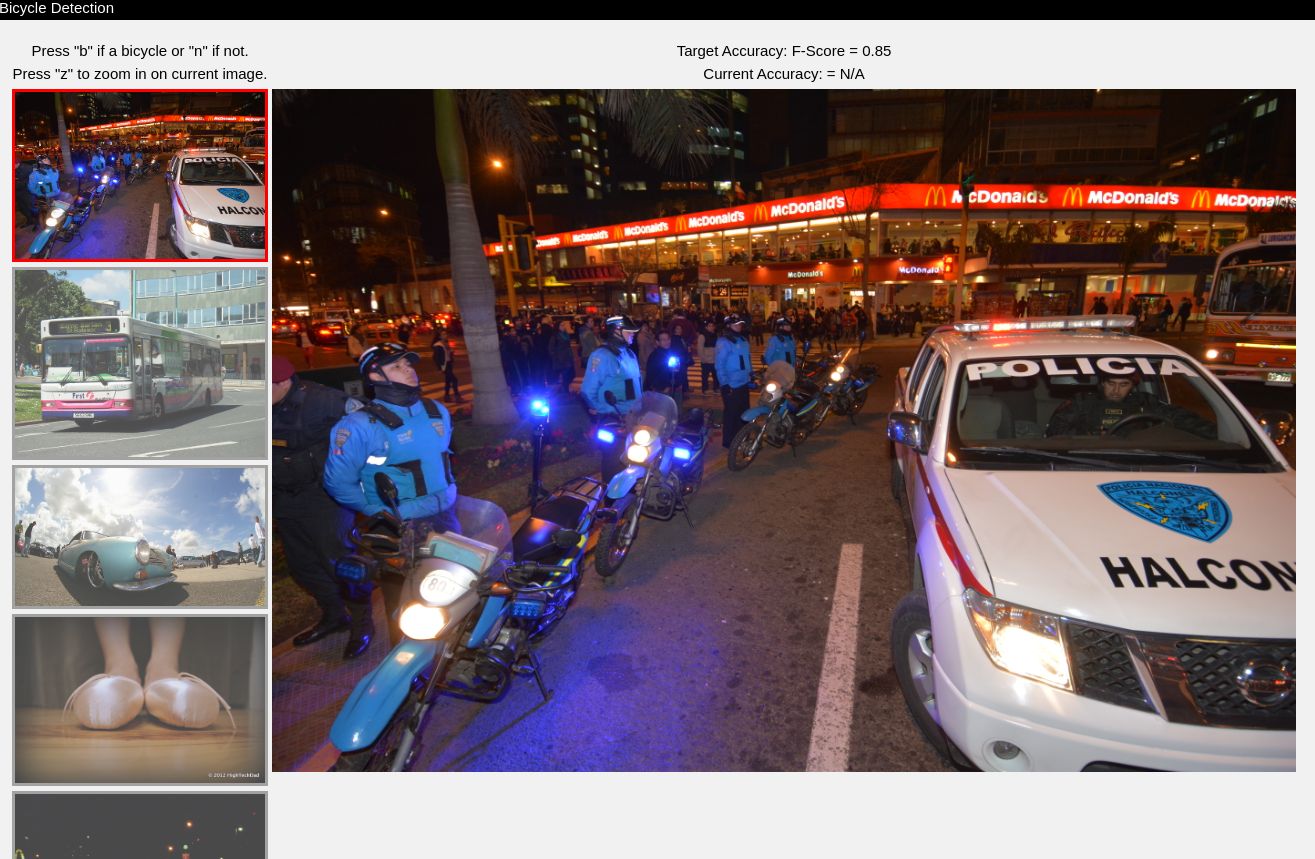 The book Human-in-the Loop Machine Learning by Randall Munro has a code example of annotating bicycles. Here's the description of the problem: Transportation researchers want to estimate the number of people who use bicycles on certain streets. “I want to collect information about how often people are cycling down a street” “I want to capture this information from thousands of cameras and I don’t have the budget to do this manually” “I want my model to be as accurate as possible” Based on this he has designed an interface for rapid annotation.