We've found pairs of near duplicates texts in the Adzuna Job Salary Predictions Kaggle Competition using Minhash. But many pairs will be part of the same group, in an extreme case there could be a group of 5 job ads with identical texts which produces 10 pairs. Both for interpretability and usability it makes sense to extract these groups from the pairs.

Each band of the LSH consists of buckets of items that may be similar; you could view the buckets as a partition of the corpus of all documents. We then need to find the finest partition such that if two elements are in any subpartition then they are in the biggest partition. The algorithm for joining these disjoint sets is called Union Find.

Then finding a partition means walking up the parents to the root. Unioning two partitions just means setting the root of one to the other.

I implement this in Python keeping track of the parents in a separate dictionary (which starts off empty):

For large sets these root structures can get quite big and it makes sense to compress or somehow shorten the paths by repointing them to ancestors (which doesn't change the partition structure). I won't worry about that here.

Here is a convenience method to get all the partitions from the parents dictionary:

The datasketch library stores the LSH bands as hashtables. By default it's stored in _dict which is a mapping from the joint hash across the rows to the elements with that hash (labelled as they are with lsh.insert. We can then union these with our Union-Find algorithm to produce all sets:

This works fine, but I've already generated the pairs and calculated their similarity. I could run Union-Find on these pairs, but another approach is taking a graph view.

There's a way to view this from a graph point of view. We consider each ad as a node, and each pair as an edge on the graph. Then we want to find the connected components of the graph. This will yield the same groups as UnionFind.

This is straightforward with networkx:

Underneath this works by a Breadth First Search, which is effecitvely similar to UnionFind (just going in multiple directions instead of up a single tree).

Doing this with pairs from the LSH having a 3-Jaccard similarity greater than 0.4 yielded one group with 1749 job ads. I thought this was curious and found there were some job ads in the group with no 3-Jaccard overlap.

To understand how this happened I found the shortest path between the pair and looked at the ads. This yielded a sequence of 8 ads, where each consecutive pair had a 3-Jaccard similarity between 0.4 and 0.6. But the first and last ad had no overlap.

The first 6 job ad pairs were all for an Automotive, Motor Trade Job from "Perfect Placement UK Ltd", a recruitment firm, with some minor differences; likely using the same template for different roles (and they have the same footer). The seventh pair looks like an edit of the job ad was posted by someone other than that recuitment firm, with mostly the same details. The first and eighth job ad are completely different, which is quite problematic!

I can think of two use cases of similar job ads. For getting identical job ads I would need to increase the threshold so these kinds of overlaps don't occur. For trying to get ads from the same company I would probably look for other heuristics (like contains a long common substring) or prune the edges of the graph rather than taking the whole connected component. 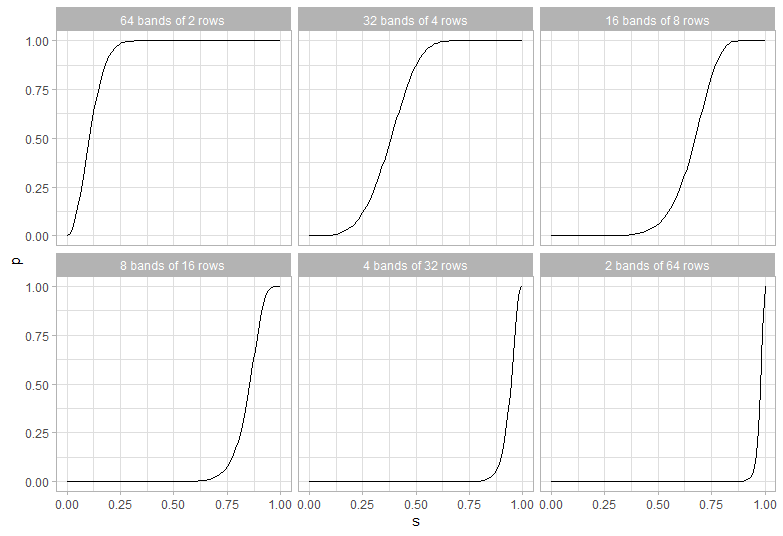 I'm trying to find near duplicates texts in the Adzuna Job Salary Predictions Kaggle Competition. In the last article I built a collection of MinHashes of the 400,000 job ads in half an hour in a 200MB file. Now I need to efficiently search through these minhashes to find the near duplicates because brute force search through them would take a couple of days on my laptop. MinHash was designed to approach this problem as outlined in the original paper. 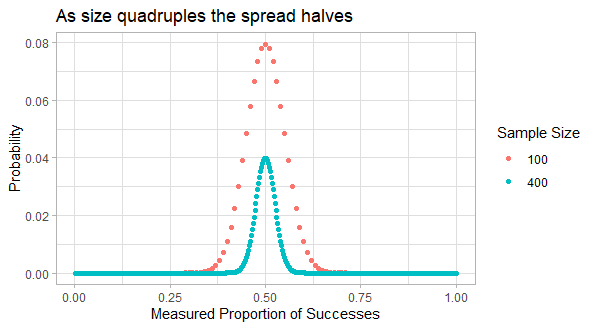 Suppose that you flip a fair coin 10 times, how many heads will you get? You'd think it was close to 5, but it might be a bit higher or lower. If you only got 7 heads would you reconsider you assumption the coin is fair? What if you got 70 heads out of 100 flips? This might seem a bit abstract, but the inverse problem is often very important. Given that 7 out of 10 people convert on a new call to action, can we say it's more successful than the existing one that converts at 50%?