Edit distance, also known as Levenshtein Distance is a useful way of the similarity of two sequences. It counts what is the minimum number of substitutions, insertions and deletions you need to make to transform one sequence to another. I had a look at using this for trying to compare duplicate ads with reasonable results, but it's a little slow to run on many ads.

I've previously looked at finding ads with exactly the same text in the Adzuna Job Salary Predictions Kaggle Competition, but there are a lot of ads that are slight variations.

The Python library editdistance has a fast implementation and supports and iterable with hashable elements. This means for comparing text we can pass in a whole string for a character-wise edit distance, or we can tokenise it into a list of words for a word-wise edit distance.

Then I could compare the ads (here characterwise) with a double loop; it took 50s on my laptop for 100 ads.

Then looking at the most similar ads I could find near duplicates easily:

However to run this on the full 400k ads will take 36 years, because this scales quadratically. For identical ads I could sort them (or their hash), but this doesn't work here because they could be different anywhere in the string (and often are different at the start and the end).

In then next part of the series I'll look at using MinHash to solve the duplicate problem at scale. 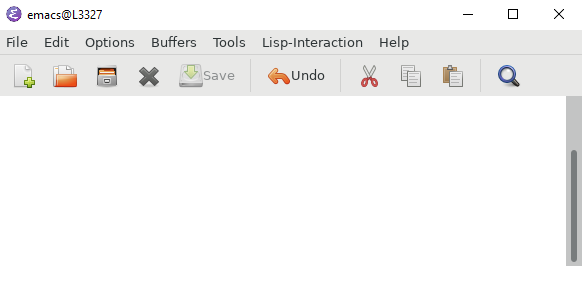 Getting Emacs to work nicely on a Windows system can be a challenge. You can install it natively (although getting all the dependencies is a challenge), but many packages require libraries or utilities that are hard to install or don't exist on Windows. The best solution I have found is using Emacs under the Windows Subsystem for Linux (WSL) with Xming. However if you run Emacs 26 or greater after starting Xming with XLaunch you're faced with a blank screen and can't see any writing on Emacs

R blogdown gives a really easy way to post blogs containing evaluated R (and Python!) code chunks and plots. This is really handy and can drop right into an existing Hugo blog with little modification. While there are some risks about the growing dependencies on building the blog, blogdown is well design to mitigate the issues and is very easy to set up.