I started trying to write a grammar for generating HTML and quickly got stumped by how to represent HTML comments. From the whatwg specification:

Comments must have the following format:

Writing these kinds of regular expressions can be hard; fixing one case can break the others. It's good to work with a set of test cases to check. Here's a set I continually tested against.

The first modification we can make is to remove those starting with > or -> using a negative lookahead (?!-?>) at the start of the string. It's a bit confusing because the special regex characters are similar to the HTML comment characters; the (?! signals the string is a negative lookahead, and the -?> says it should reject an optional - followed by >. To ensure it doesn't end with <!- we can use a negative lookbehind at the end of the string (?<!<!-) (similarly the (?<! denote the negative lookbehind so it rejects strings preceeded by <!-). We don't need to worry about "-->" inside the string since we will stop when we hit these tokens. The only thing left is the forbidden containments: "<!--", and "--!>",

When I run everything so far I lose one of our correct expressions <!--<!-->. This is because in our last rule when we parse the second < we see !--, not noticing that the second hyphen is part of the comment close. So we can nest this condition as a negative lookahead inside the negative lookahead (?!>).

Let's put this all together in a Python regular expression using the verbose flag:

This is pretty complicated; how do we know we didn't miss any examples? We can try using property based testing with Hypothesis.

We can then test whether these two give the same results. While we could test on any random string the search space for counterexamples is huge. Instead we'll test for things close to a regex, starting with <!- and ending with ->. Moreover we can test all the cases with just the characters <!-> since the rules only apply to them. So we'll generate examples from a regex <!-[<!->]*->:

Runinng this with pytest I don't get any failures (and I do get failures when I delete rules). Another test is that nothing after a comment should change the match (the wildcard negative lookaheads violated this). We can test this in hypothesis too: 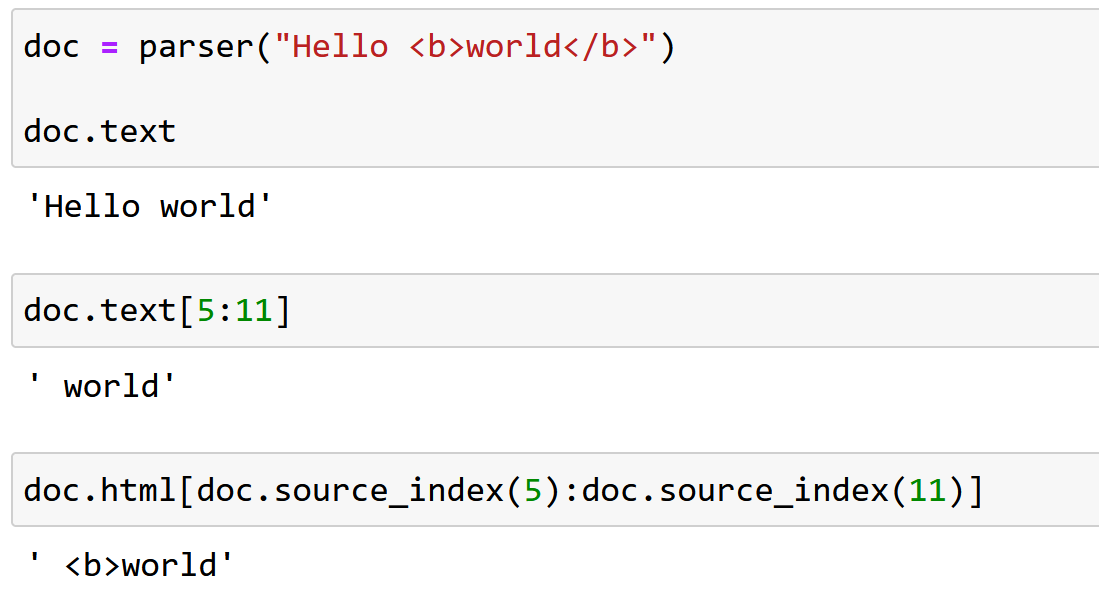 Sometimes I want to extract text from HTML for processing, but I don't want to lose the context. This is useful in NLP with HTML because sometimes the context (is it emphasised, or in a header or list item) may be relevant for capturing information. The common approaches of converting HTML to text are lossy; you strip away the HTML and lose the context. Instead we're going to do create a source mapping using the Python HTML Parser, for each character of the output text we can find the corresponding character of the HTML that generated it. 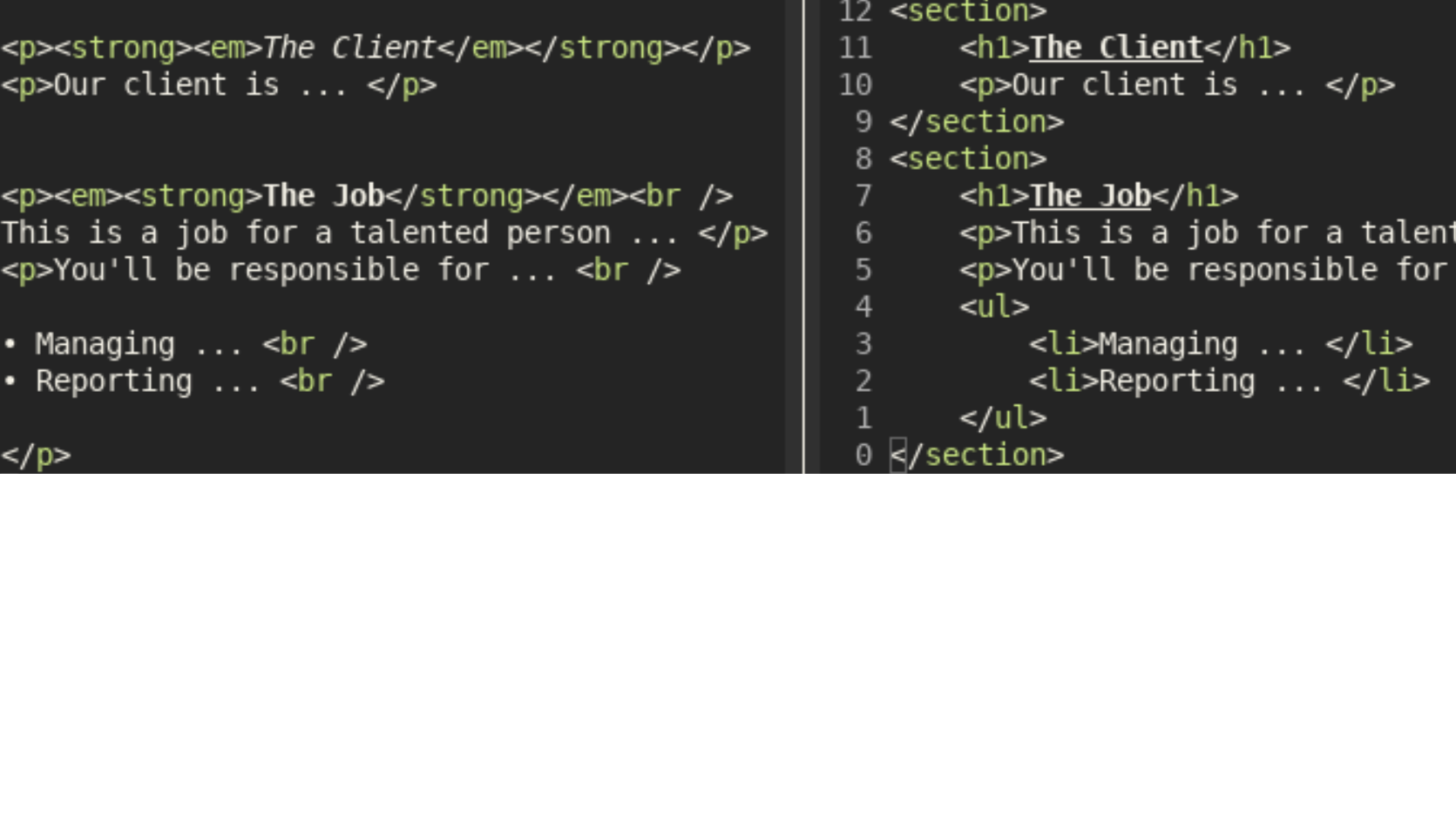 HTML is one of the most common forms of communication today. Emails, wikis, blogs, and many forums ultimately use some sort of HTML to communicate things such as emphasis, cross-links and structure. However in Natural Language Processing on HTML the most common practice is to throw away all the markup. A lot of markup is meaningless, from a communication perspective, but removing all of it is throwing out the baby with the bathwater, and there are better ways to do this.