I've spent the last few hours looking at the Gridded Population of the World which consistenly estimates the population density consistent with national censuses and population registers. This would have been a massive job to compile and is really interesting to look at.

You can immediately see a strip through the north of India, Pakistan and Bangladesh that is incredibly dense. The north-east of China and the island of Java in Indonesia are also very dense. There are smaller areas; in Africa high density in the small countries of Rwanda and Brunei, much smaller than neighbouring countries. There's a high concentration in Cairo and then following down the Nile, in an otherwise sparse country.

Equally interesting are the sparse areas, which seem to correspond to deserts and extremely cold areas. Most of Australia is empty, save a few small dots primarily along the coast. Canada is similar, with some population pockets in the south. There's a huge empty strip through the north of Africa, and in the south west. Similarly the majority of Russia in the east, down through Mongolia and north eastern China are sparse.

The extreme high end of density is 1000 persons per square kilometre, or around 1000 square meters per person. This gives around 30 meters by 30 meters per person, including housing, streets and shopping areas. I personally find that difficult to understand.

It would be great to gradually upsample this data to get a better idea of larger regions for estimates. There are tutorials and videos on working with this data in QGIS. 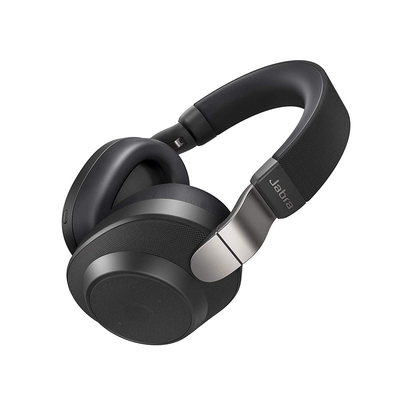 I've been looking for some bluetooth headphones that I can use both on a mobile phone and a computer at the same time. I want something portable enough to take with me, but comfortable enough to wear all day. I want something good for listening to music and podcasts on the go, but also for taking calls and video calls. After some investigation I've settled on the Jabra Elite 85h.

How dense is the population in Australia? I've looked at the Gridded Population of the World and you can see that the population is concentrated around the few capital cities on the coast. It's hard to visually average something so lumpy, but it's easy to estimate it. I know it's about 10 hours driving from Melbourne to Sydney, and about the same again to Brisbane. Brisbane is about halfway between Melbourne in the south and Cairns in the far north.