Dumb-jump is a fantastic emacs package for code navigation. It jumps to the definition of a function/class/variable by searching for regular expressions that look like a definition using ag, ripgrep or git-grep/grep. Because it is so simple it works in over 40 languages (including oddities like SQL, LaTeX and Bash) and is easy to extend. While it is slower and less accurate than ctags, for medium sized projects it's fast enough and requiring no setup makes it much more useful in practice. You can even configure a simple .dumbjump file (similar to a .gitignore) to exclude directories to make it faster, or include other directories to jump between packages.

I use it with Evil mode (vim emulation) and bind dump-jump-go to C-]. Unfortunately it doesn't play well with the Evil jump list and when I invoke evil-jump-backward with C-o it jumps back to the wrong place. While I could invoke dumb-jump-back, I like being able to use C-o for a dumb-jump or a search in emacs. This can be done by advising the core jump function in dumb-jump to push the position to evil's jump list. There's probably a prettier way but this does the trick:

If you're ever working in Vim proper dim-jump is a substitute for dumb-jump.

I find having Emacs as a unified programming environment really useful. When writing an SQL pipeline I can iteratively develop my SQL in emacs, running it against the database. For a quick and dirty analysis I can copy the output into the .sql file and comment it out. Then I can copy the SQL into a programming language, parameterise it, and test it without touching the mouse. So when I started using Presto and AWS's managed alternative Athena, I needed to integrate it into emacs. 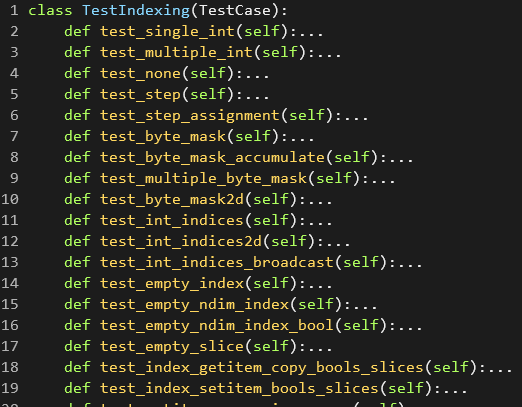 Property based testing lets you specify rules that a function being tested will satisfy over a wide range of inputs. This specifies how to thoroughly test a function without coming up with a detailed set of test cases. For example instead of writing a specific test case like sort([1, 3, 2]) == [1, 2, 3], you could state that the input and output of sort should contain exactly the same elements for any valid input.